A woman cannot get pregnant alone. Society often places the entire responsibility for an abortion choice on the mother who walked into the clinic. Yet for every aborted child, there is a father who may or may not have been involved in their child’s death. Other players – friends, parents, siblings, etc. – could have encouraged the abortion decision, leaving the woman to feel that she had no other choice but to abort.

Fathers are often the forgotten player in abortion decisions. While men do not possess tangible rights in the abortion choice, they hold varying levels of influence over whether their potential child will live or die. Friends, parents, siblings or any other involved player can also promote or discourage the abortion choice. It’s important to understand and list out those who encouraged the abortion because these are the individuals that many need to forgive.

External impact often has varying levels of severity, depending on the nature of the influence. Mindsets of abortion influencers fall into four categories:

The father with a Protector mindset doesn’t want his child aborted. When the unexpected pregnancy arrives, the Protector’s heart is typically supportive of a life decision. Protector friends and family will congratulate the woman and work to assist her in any way and may actively speak against the abortion option.

Male protectors often propose quickly and possess great joy in the fact that they are going to be a father. If his marriage proposal is rejected, and the woman is determined to abort, a Protector may actually beg her to make another choice. Fathers often realize too late that they have no actual rights in the abortion decision. While they may hold some influence, other people in the woman’s life often overrule his outlook.

Still working to be supportive, the confused Protector may then abandon his pursuit of marriage and hesitantly accompany her to the clinic. Others in her life may do the same, believing they should be supportive of HER choice. Sadly, direct involvement in a woman’s abortion has its own share of painful emotions for these influencers.

The Protector often experiences grief afterwards because a child he actually wanted in his life has died. He can feel emasculated by his inability to protect his woman and child from abortion’s horrible impact. Friends and family may feel the same way. These Protectors may even distance themselves from the newly post-abortive woman due to their own grief issues.

The Not Involved father typically does not know about the pregnancy and therefore is not involved in the abortion decision-making. His role in the conception offers him indirect influence. He could be:

The Not Involved father typically has little opportunity to directly influence a woman’s choice. He may later discover the abortion and grieve this child or feel relieved that he has no direct guilt in making the abortion decision. Or he may experience deep grief that he didn’t even know about the pregnancy. Not-involved friends and family may do the same when they discover the woman has aborted.

A Not Involved father often maintains the belief that another man’s child was lost – not his. Similar behavior can result from friends and family who discover the abortion after the fact. These individuals typically do not experience the guilt and shame of post-abortion pain at the same level as those with other influences over the mother.

By outlining that a woman has the right to decide what to do with her body, the pro-abortion society has trained our world to make no comment about the life or death of a woman’s unborn child. Men with Neutral mindsets embrace this direction and remain silent while the woman is deciding about aborting.

Just when she needs his support the most, the Neutral player abandons the woman. They can make generic statements like, “I’ll support whatever choice you make.” Family and friends may also make the same points, refusing to participate in the actual decision.

The Neutral man doesn’t propose or encourage an abortion decision. He simply refuses to participate in the choice, allowing the decision to be made solely by the mother. Indirectly, Neutral men communicate a message to their potential child’s mother – “Please abort but I don’t want to feel guilty about it…”

Women often feel abandoned by the Neutral mindset. Yet that may not be the case at all. Many Neutral men believe they are doing the right thing in remaining silent about what they WANT to happen. They may have no clue that their woman is longing to hear their perspective or dreams of a marriage proposal.

The woman then aborts with the false assumption that this will make everyone happy, particularly the potential father. When abortion pain creeps into her heart, the woman often holds great anger towards those who did not encourage her to continue the pregnancy.

An Enforcer mindset means the father of the baby – or family/friends – pressures, coerces or encourages the abortion. He may threaten physical harm or abandonment if the woman is leaning towards a life decision. At the extreme, the Enforcer could physically abuse the woman to bring on a miscarriage.

Abortion is often a “habit” for Enforcers because often they have encouraged other women to abort. They may also be actively involved in encouraging abortion among other friends as well.

Enforcers may even resort to other strategies to ensure an abortion takes place. For example, Enforcers may push their pregnant women to take drugs during the decision-making period. Then they can draw dire conclusions like, “You can’t have that baby now because you took drugs that may mean you’ll have a handicapped child! We don’t want to bring a malformed child into the world, do we?”

Enforcers may also be a woman’s abuser. They could be her father, brother, uncle or even new boyfriend. Maybe the woman is a prostitute and the Enforcer is her pimp. When an Enforcer is involved, the woman typically feels she has no other choice but to abort.

Regardless of how an abortion decision was made, God can heal and restore any heart. He can comfort the grieving soul and bring hope for the future.  I Peter 2:24outlines – “He himself (Jesus) bore our sins in his body on the cross, so that we might die to sins and live for righteousness; “by his wounds you have been healed.”

Now is a good time to record the names of those who either encouraged or discouraged your abortion decision(s). Be sure to include the role that these individuals played in your decision – protector, not involved, neutral and enforcer. Then set that aside for more work in the Forgiveness section of this course! 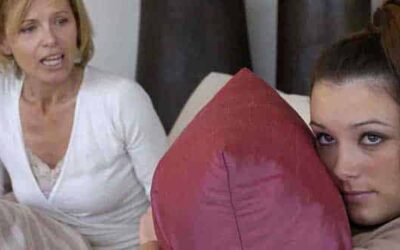 Abortion as a Family Secret

“My grandmother insisted I abort when I was 15,” the middle-aged mother shared. “She was an incredible person who raised me when my parents could not. I loved her completely. Sadly, when she discovered the father of my baby was 25 years older than me, her decision on...

Hello, I am Sydna Massé Founder and CEO of Ramah International. I'd love to keep in touch and include you in our prayer chain as we continue to serve abortion's wounded and those considering abortion.

Please sign up to receive email updates, training information, specials on resources, and much more!